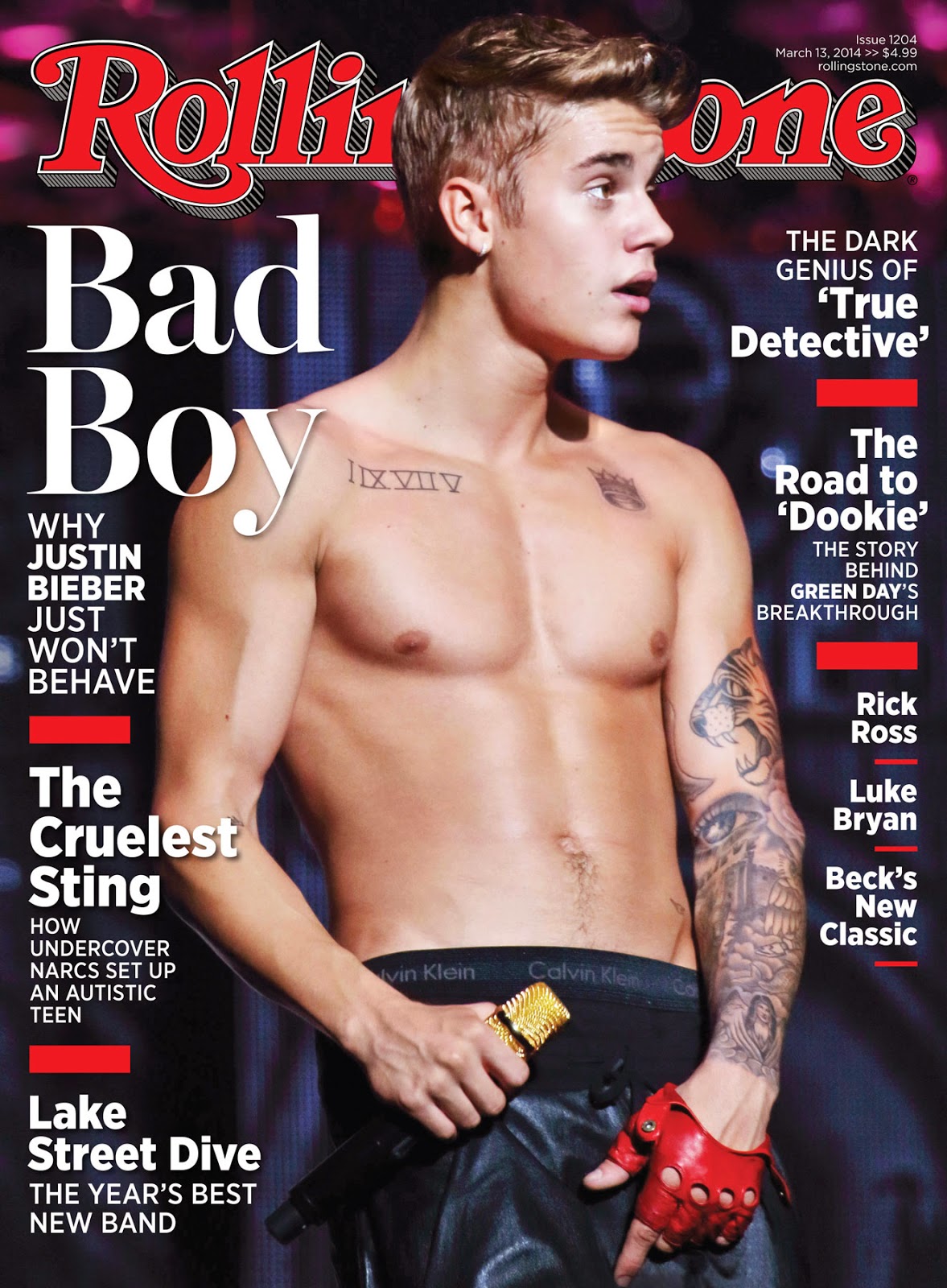 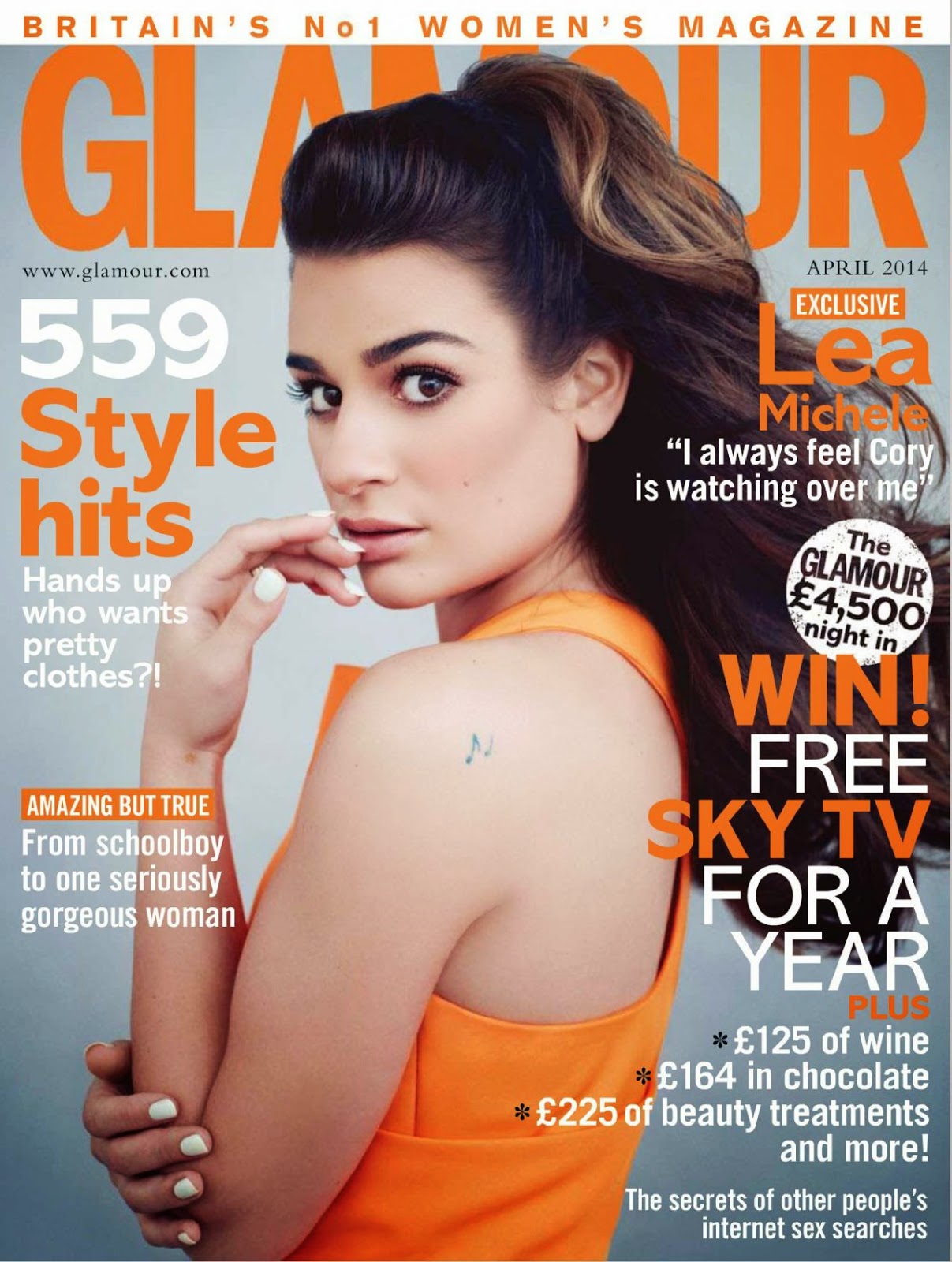 This year's festivities will air on March 29th, and will be hosted by Mark Wahlberg! 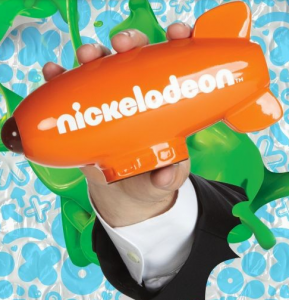 The new version returns to theaters on February 28th!
Posted by Lilly at 6:11 PM No comments: 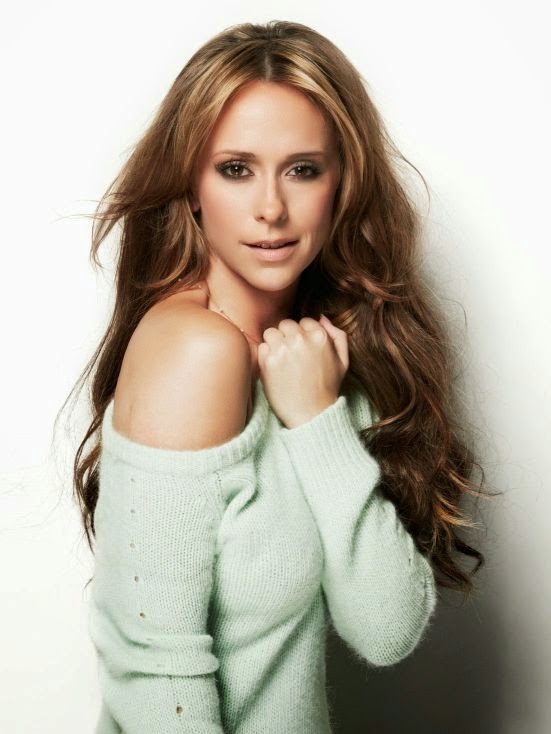 Okay, so I can't really be labeled "The Hewitt Fanatic" without at least acknowledging that my idol turns 35 today and although I made an official post before, I can at least say this:

Love,
You and I are not so different and you helped me get through some of the toughest moments in my life by giving me hope and strength. I just wanted to say thank you. I hope to meet you someday.
Lilly

In closing, I thought I would post one of my favorite "Ellen" appearances of hers, and her BRAND NEW song!


Please check out the link above for my original post!
Posted by Lilly at 12:59 AM No comments: 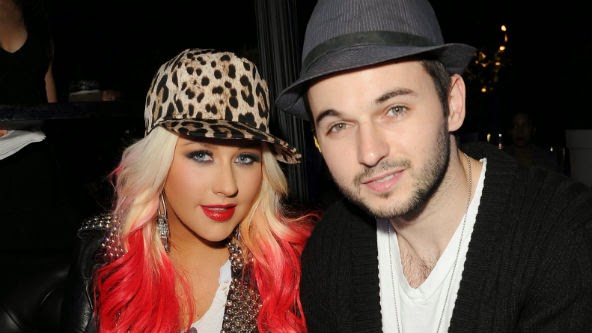 Well, it's been a great week for Christina Aguilera; not only did she get engaged on Valentine's Day, but she also announced today that she is pregnant with her second child (first with fiance, Matthew Rutler)! She also has a son with ex-husband, Jordan Bratman, named Max. Congrats, Xtina!
Posted by Lilly at 5:56 PM No comments:

Lacuna Coil - Nothing Stands In Our Way (Official Lyric Video)

Guardians Of The Galaxy (Official Trailer)

For the Red Band Trailer, go here
Posted by Lilly at 12:47 PM No comments: 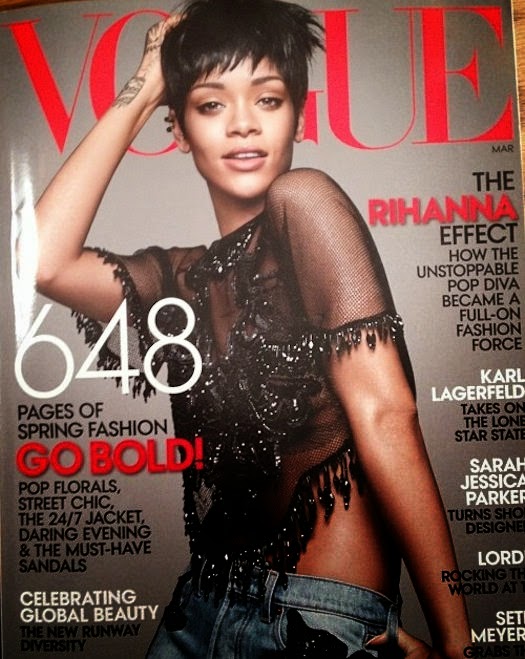 Orange Is The New Black Is Back! (Official Teaser Trailer)

The hit Netflix series returns on June 6th with the Season 2 Premiere!
Posted by Lilly at 5:25 PM No comments: 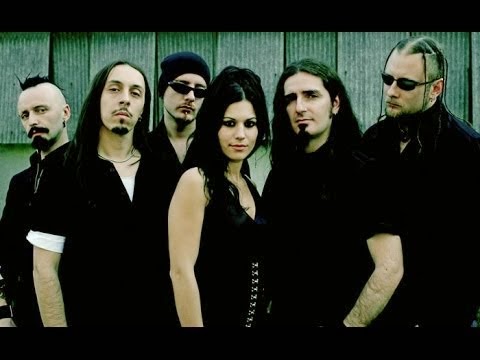 I have some good news and some bad news about my favorite rock band. Good news first...

They are releasing their newest album, Broken Crown Halo,  on April 1st in North America (March 31st elsewhere), and I have the tracklisting and album cover for you: 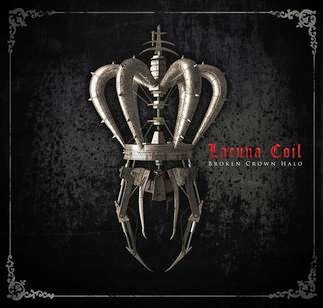 To promote the new album, they are going to be a pat of Revolver Magazine's "Hottest Chicks in Hard Rock" Tour, so go see them if you have the chance (they will be accompanied by Sick Puppies, Eyes Set To Kill, and Cilver)!

With every bit of good news there is usually some bad news that follows, and unfortunately this is no different...

Lacuna Coil is losing two of its members, and they had this to say about it on their official Facebook page:

It is with a heavy heart that we share this news with you today: Our two brothers Cris 'Pizza' Migliore and Cristiano 'CriZ' Mozzati have decided to retire from LACUNA COIL.

Both Pizza and CriZ have had big changes impact their lives recently - we know how stressful and difficult it can be to balance both real life and the life of a professional touring musician, and we have nothing but total respect for their decisions to focus on their families and lives at home.

We have such incredible memories of traveling and exploring the world together with Pizza and CriZ, and we want to wish them both all the best as they begin these exciting new chapters in their lives. We will never forget the important roles they played in this band, or the incredible times we shared together.

THANK YOU PIZZA AND CRIZ! WE LOVE YOU GUYS!!

After over 16 years spent with the LACUNA COIL family, I decided to move on and begin a new chapter in my life. This hasn't been an easy decision, as you can imagine, but I felt like I needed to change some things around.

I'm glad and honored that I've had the chance to be able to embark on such an amazing adventure, with such wonderful people as "travel companions"! I will never forget my time in LACUNA COIL and I wish my sister and brothers all the best for whatever the future may bring.

I'm sure you understand! I would also really like to thank every single one of you for showing such amazing love and support for a small band from Milan, Italy, who would've never thought would become what it has during these incredible 16 years. Thank you all and enjoy this last record we did with me and CriZ as part of the line-up - it's some of the best music we've done and I'm sure you'll love it!

As many of you guys and gals know, during this last year lots of very important things happened in my life - something really amazing, and deep enough to make me sit in front of my laptop to write these bittersweet words...

I'm leaving my "second family" LACUNA COIL because I need this change in my life... this hasn't been an easy decision at all and I've come to it with pain in my heart, because together we laughed and cried; we fought and gave all our lives to this amazing band. Together we lived the dream for 16 wonderful, intense and unforgettable years. All you guys around the world gave me such positive and sincere vibes and emotions that will stay embedded in my heart for the rest of my life! I want to say thank you Coilers, friends, crew, partners, and people that listen to our music for being such an inspiration for me. To my brothers and sis I'd like to say the following: Never stop to kicking asses, you sure know how to!

The new record is the best thing we've done together. I have put all my passion and feelings into it and I'm sure you'll love it. I'll never stop playing drums - as we all know, if you were born with rock inside your veins, you'll die with it... and this is what I will do.

Century Media Records would like to extend a massive thank you to Cris "Pizza" Migliore and Cristiano "CriZ" Mozzati, as they will be missed - 'BROKEN CROWN HALO' marks a new chapter in the ever-evolving history of LACUNA COIL, but the band will not be slowing down. In fact, they are currently packing their bags and gear to begin touring.

LACUNA COIL return to the road to introduce North America to 'BROKEN CROWN HALO' as part of the REVOLVER HOTTEST CHICKS IN HARD ROCK TOUR, which launches February 20 and features LACUNA COIL sharing a stage with SICK PUPPIES, Century Media Records labelmates EYES SET TO KILL, and CILVER. The tour launches in Wilmington, NC, and runs through March 20 in Anaheim, CA. See complete itinerary below, and visit www.hottestchickstour.com for additional details and VIP packages.

'BROKEN CROWN HALO' is set for releases April 1, 2014 in North America (March 31 in Europe, Australia, New Zealand) on Century Media Records. The album is the band's seventh studio effort, and the highly-anticipated follow-up to 'Dark Adrenaline', which was released in January 2012 and saw the band tour with acts including Megadeth, Motorhead, Volbeat, Sevendust and Paradise Lost after debuting at No. 15 on the Billboard Top 200 album chart.

Fans can get a taste of 'BROKEN CROWN HALO' in the form of the album track "Nothing Stands In Our Way," recently released via the Century Media Records Soundcloud page:

Cristina made it quite clear after the news was posted that they are NOT looking for replacements.
Posted by Lilly at 2:48 AM No comments:

Ellen Page To The World: I Am Gay 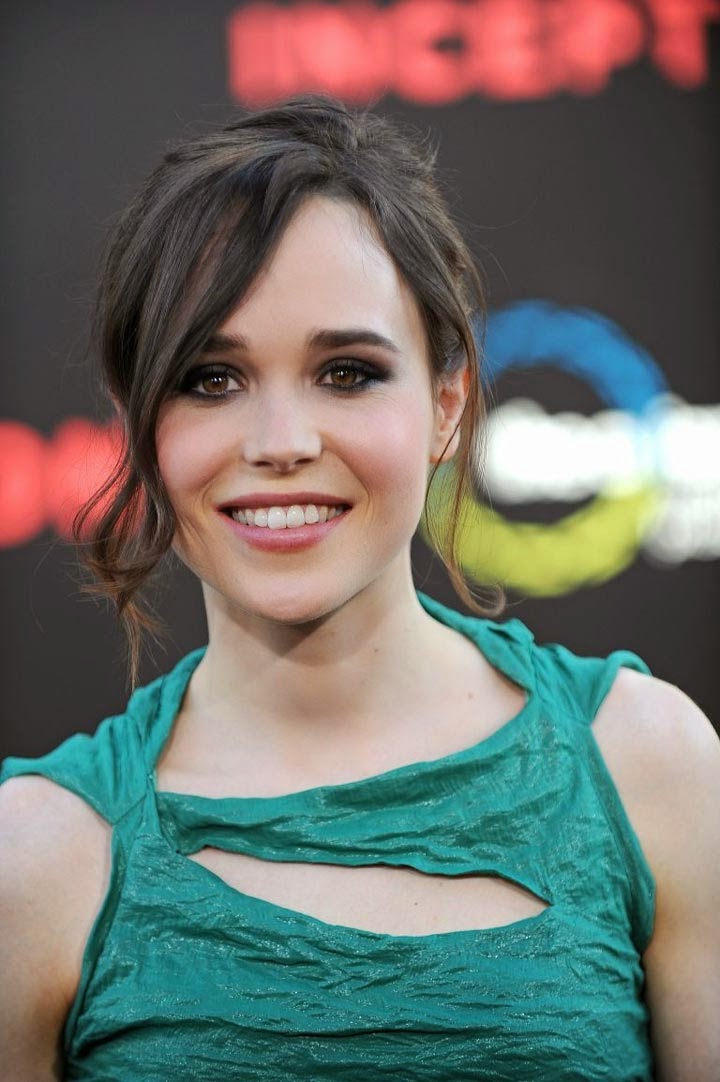 The actress came out earlier this evening at the LGBT "Time to THRIVE" Conference in Las Vegas. She had this to say:

"I’m here today because I am gay. Maybe I can make a difference to help others have an easier and more hopeful time. Regardless, for me, I feel a personal obligation and a social responsibility.”

You can check out the full speech in the video below.

My "gaydar" hasn't failed me yet, and I've had the feeling she was gay for years. I know a certain friend of mine's dreams came true tonight.
Posted by Lilly at 11:17 PM No comments:

Backstreet Boys - In A World Like This (Europe Tour Dates) 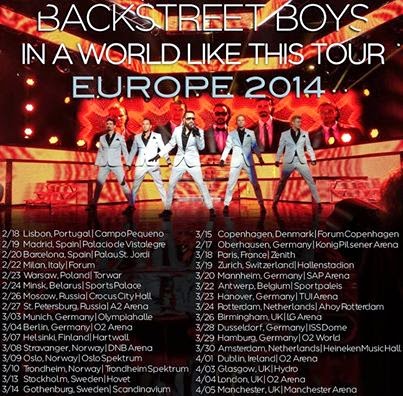 Get Your Tickets Here!
Posted by Lilly at 1:09 AM No comments: