I thought I would start the interview portion of the blog off with an old friend. Stacy is no stranger to my radio shows and she has even been "Artist of the Week" before. If you aren't familiar with her music; you can find her on Facebook, Myspace, or Twitter! 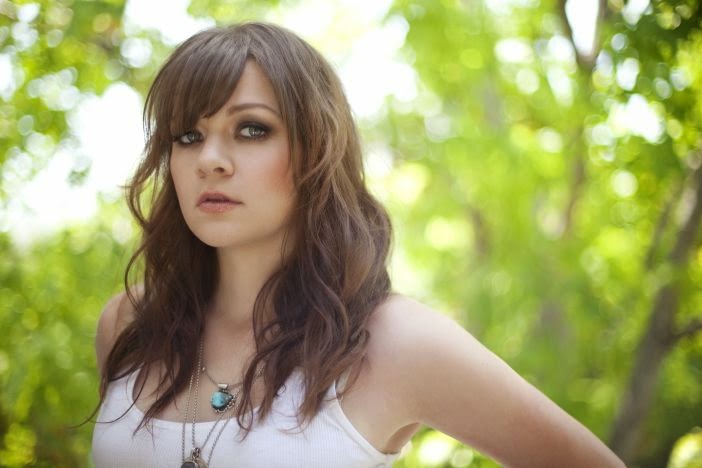 1. How did you get started in the music industry?
Stacy Clark: If I said there was a set plan on how to get into this thing called "music business" I would be lying. It was all by determination, chance, hard work and a lot of trial and error. I worked very hard for many years writing songs, recording albums and touring to get my music out into the world. I had a gut feeling that I had to move to California to give it my all before completely retiring the idea of making music a career. So I packed my belongings and drove across the country alone from New York to California. I did the drive in three days and it was only the start of my long journey. I did not know many people and did not have a plan. I worked a full time job to pay off the debt I had gotten myself into from moving. Also, I used the money I had earned from my 8-5 career in Marketing to finance my albums. I did a lot of networking by playing a ton of shows. It was exhausting working all day and then driving to Los Angeles to network and perform. That is just the reality of what it takes to get to that next step. Any opportunity I had to play I would take it. The best way I can describe it is if you really believe in something go for it because you have nothing to lose. It takes a lot of things to go wrong before they can go right. When it all comes together its a wonderful thing, no matter how long that lasts. Its nice to know that hard work and believing in yourself can pay off.


Have you been singing since you were a kid?
Stacy: I have always loved to sing. I was in choirs in my elementary schools and did many plays. I love writing as much as I enjoy singing. It frees the mind.


2. Out of YOUR songs, what's your fave?
SC: It's hard to pick one. All my songs mean something different to me. I also have different parts in different songs that I like. Be that of a guitar or piano part, lyric, etc. If I had to pick a song at this given moment I would say "Not Enough".


3. What can we expect to see/hear from you in 2011?
SC: Every day is a gift. For this upcoming year I am really looking forward to touring nationally and internationally. If you tune into KNBC Los Angeles Saturday, Jan. 1 at 2:30am I am performing on the "Hard Rock Cafe Presents". At the end of January I am looking forward to traveling to Singapore to play some shows. I will be hitting the road touring the West Coast with my friends Jake Newton and Jesse Thomas in Spring. As well as touring nationally this summer. In other exciting news, my new music video for "Not Enough" will be released soon. This was filmed in Orange County with Tranzparent Pictures by this amazing director Steve Gunzman. I had be very blessed this past year to work with such amazing directors. My "Hold On" music video was shot in one night by Director: Jay Torres in Los Angeles. "Touch & Go" was filmed in DC working with 8112 productions. If I had to sum up 2011: Lots of touring, more music videos, recording, creating and writing.


4. What do you like to do in your spare time?
SC: There are so many things I enjoy. If I had to narrow it down my favorite hobbies would be snowboarding, soccer, going to concerts, rock climbing and hanging out with friends.


5. What other musicians do you like?
SC: I enjoy everything from Mansions on the Moon to Rihanna/David Guetta "Who's That Chick" to Jay Z to Fredric Chopin. There are a lot of independent artists that I enjoy such as Crash Boom Bang, Act As If, Chris Otepka, Jesse Thomas, Jake Newton, Delux and Ivan Ives. Some of my favorite songwriters are Ottis Redding, James Taylor, Stevie Nicks, Fleetwood Mac, Ben Gibbard (Death Cab For Cutie), Jim Atkins (Jimmy Eat World) and Paul McCartney. I truly enjoy all different varieties of music on different occasions.
Posted by Lilly at 4:11 AM