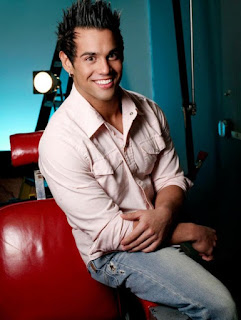 You probably recognize him from "Celebrity Rehab", but before that he was on a little show called "Real World: Hollywood" (with my girl, Brianna Taylor). More importantly, he died at age 29 due to drugs. I really thought he was doing pretty well, but it's a hard habit to kick, and people slip. He was a personal trainer and had abused drugs and alcohol in the past, but had been on the straight and narrow when he joined the RW cast. He ended up having to leave mid-season to go to rehab. Then 2 years later he ended up on CR, so it was obviously still a problem. A female friend called 911 this morning because Joey was laying on the floor with blood coming out of his nose and ears - he was already dead. In a one-on-one interview with Dr. Drew, Joey had this to say: “I want this, but at the same time, I’m not going to make any false bulls— promises,” he said. “I’m not going to tell you ‘I’m going to be sober,’ ’cause I don’t know.” I think we all know what happened with that. My thoughts are with his family and friends during this difficult time. RIP
Posted by Lilly at 2:21 PM