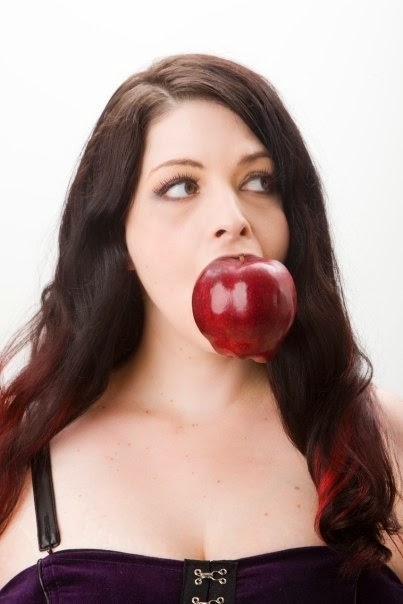 
1. How did you get started in the music industry? Have you been singing since you were a kid?
My first music industry job was an internship in college for Paul Fishkin, who had managed Stevie Nicks and was now managing an artist named Poe. He was a great influence on me and told me to stay true to the artist inside of me.
I have been singing since I was in my crib my parents say, but my first song I ever loved and sang along to was,"The Rainbow Connection".

2. My favorite song of yours is probably "Shut Up And Listen". Out of YOUR songs, what's your fave?
My favorite is a new song from the new yet-to-be-recorded Singles EP called, "Novocaine". You can download the acoustic demo for FREE from our pledge music page: www.pledgemusic.com/projects/elyse

3. How did you come up with the band name?
Well, first of all it comes from our song, "One Photograph" and the line, "One photograph of the aftermath of what became of me." It kinda represents a Phoenix of some kind, but really the band name started as a joke. In '09 we traveled to Austin to play our first SxSw Showcases and our drummer was wearing a wrecking ball T-shirt. We became Elyse and the Texas Wrecking Crew as a joke and then when we got home, I updated my Facebook status "Elyse is the Aftermath of SxSw", and it stuck:)

4. What can we expect to see/hear from you in the next year?
We're recording the new Singles EP in February 2012 and hopefully it will be released by the summer. We have an incredible producer, who can't release his name yet (we're announcing it at our end of the year Winning is GIving Holiday Drive & Show at the World Famous Troubadour on December 12th). We're also planning to shoot a couple of music videos and a Live DVD. There will also be a tour for the new EP and hopefully, depending on when the EP is done, going to SxSw again in March 2012.

5. What do you like to do in your spare time?
Lately, I've been making jewelry in my spare time. I started an Aftermath Collection of necklaces which is loosely tied to the band. They started as part of our pledge campaign (where we raised the money to record our new EP directly through our fans). You can check them out here on the band website: www.elyseandtheaftermath.com/musicmerchandise.cfm

6. What other musicians do you like?
My favorite musicians and bands have to be Dave Grohl and the Foo Fighters, Adele, Lady Gaga, Blondie and Fleetwood Mac. They teach me how to become better and tackle this crazy industry of music with a bold sense of self.
As well, I have so many independent musician friends here in LA and surrounding areas who I love like Nina Storey, Josh Damigo, Chris Arena, and of course the girls of Karmina:)

Anything else you would like to tell me would be awesome - Thank you for your time :)
Now that you have this... any other questions that you want to ask????

Email ThisBlogThis!Share to TwitterShare to FacebookShare to Pinterest
Labels: elyse and the aftermath, interview