I wanted to include the email she sent me too - that way you can give your opinion yourself! You can find Erika on Twitter, YouTube, MySpace, or Facebook. Let me tell you right now, this girl is going to be a huge star! She has the voice of an angel and looks like a goddess (you can even reverse those and it's still true)!


I apologize for it taking me a few days to answer the interview questions. Here they are finally! Thanks so much for your kind words. I'm so glad the listeners are responding well to the songs and I greatly appreciate all of your support and you playing my music on Resolution Radio.


Since this is my first demo and it was an opportunity for me to explore who I want to be as an artist and my different influences, I'm always curious to hear from listeners of my songs which song/style most resonates with them. (Since the demo explored pop, soul, dance, funk, rock, etc). Maybe that could be an interesting question directed towards your listeners. What sound or direction they'd most like to hear? Also if you have an answer to that as well.


Like I said before, I look forward to sharing more music with you and your listeners as soon as it's recorded!!


Thank you so much and please let me know if you need anything else from me :) 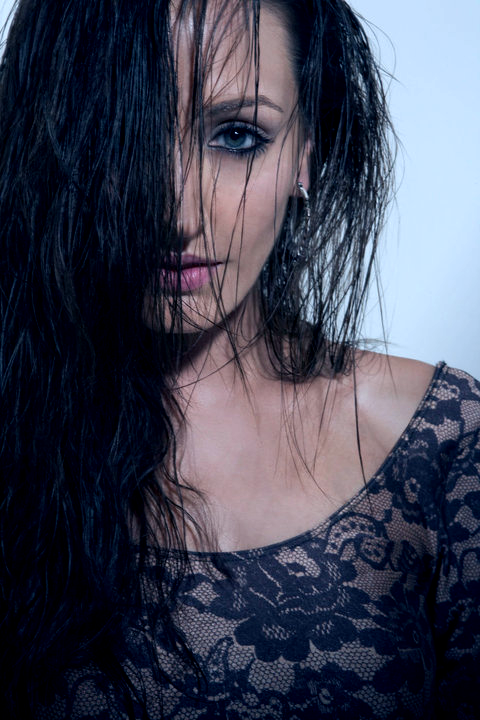 Have you always wanted to be a singer? How long have you been singing?
EF: Pretty much! I have known I wanted to be a recording artist since I was about 11 years old and I’ve never looked back. My family tells me I was humming and singing before I was even talking so it’s always been in me! My voice has always been as loud and booming as it is now. As much as it surprises people now, you can imagine how it REALLY did at the beginning!

Which song is your favorite (so far)?
EF: I would say “Femme Fatale” is my favorite (which I hear is also a Resolution Radio favorite!) because it was the first song I wrote for the demo. I wanted the song to set the stage for the sound, look, and feel I was going for. Femme fatales are sexy, smart, confident and mysterious. They’re women who know who they are, what they want and how to get it. That’s where I’m at in this point of my life now able to fully devote myself to breaking into the music business (now that I completed college graduating from Northwestern University). I’m actually thankful that I was “forced” to finish college first because now I really know who I am and what I want to achieve and I’m slowly but surely making it happen despite all the obstacles. The vibe of “Femme Fatale” is a bit darker, dramatic, and sultry which is exactly what I wanted, but still very pop.

Can we expect a full album in 2011 or 2012?
*EF: That is the plan! I’m getting prepared to head back into the studio soon to work with more producers and songwriters to better myself as a songwriter and hone in on creating my own unique sound and niche and record some smash hits!!


What do you like to do in your spare time?

EF: I pretty much eat, sleep and breathe music and I’m constantly working on bettering myself as a vocalist, writer, performer, everything! I really could not be happier than when I’m singing, BUT when I do have some spare time, I love hiking in Los Angeles, catching up with family and friends on Skype and being outdoors and taking advantage of the amazing LA weather.

Every time I play one of your songs, I get a comparison with Christina Aguilera. Are you a fan of hers? What other musicians do you like?
EF: I have heard that comparison quite a few times and I take it as a huge compliment. Christina Aguilera’s viewed as one of the greatest voices so I’m very privileged to be compared to that and I’ve been a big fan of hers over the years. My biggest influence has been Whitney Houston. I feel like she pretty much taught me how to sing since I would listen to her CDs over and over as a child and try to replicate her. I’ve grown up loving the big diva vocalists like Whitney, Mariah Carey, Celine Dion, Yolanda Adams, etc. Also, I’m from Chicago, one of the biggest soul, blues, and gospel capitals of the world and I got my start singing in church so that soul is just inherent I guess. No matter what type of music I sing I can’t help but have that soul come out! Michael Jackson has also of course been one of my favorites since the beginning. Also, I love James Morrison, Adele, Stevie Wonder, Jennifer Hudson, Beyonce, Edith Piaf, the list goes on and on!

If you could work with anyone, who would it be?
EF: Since Whitney Houston really was my inspiration for becoming a singer, having the opportunity to sing with her would make my life complete! Also, Beyonce is fabulous. I think that we could do some damage together and that would make for one sassy pop diva collaboration for sure!

If you weren't singing, what would you be doing?
EF: As cliché as it sounds, I really cannot imagine doing anything else. Singing, performing, and creating music is where I’m the happiest. If I didn’t want to be an artist myself, I would still be singing and performing in some capacity. Otherwise, if I lost my singing voice, I speak French and studied in Paris and I absolutely love France and plan on moving back down the road. So at that point you could probably find me prancing along the Seine.


So, why did you decide to use Erika Fatale, instead of your real last name?
EF: My real name is Erika Rodger, which is the name I have used up until recording this new demo. But when I perform, I feel like a completely different person. All of a sudden I transform into this confident, in-control woman with this “swagger” I’ve been told, which is very different from “Erika Rodger” on a day-to-day basis. I wanted a name that was still me but more aggressive like my music and like my stage persona so Erika Fatale fit perfectly.


What is your current fave album? (I will go buy it right now :P)
EF: My current favorite is the new Adele record. Love it!


Do you want to be an actress someday too? (seems to be a trend)
EF: Right now, I’m so focused on music, but I think all performers like to challenge themselves and become performers in every sense of the word so acting is definitely something I’m interested in tackling in the future. I took some performance studies classes in college so I have some acting under my belt but I’m looking forward to testing my acting chops further down the road! (And I would love to host Saturday Night Live at some point. I’ve been acting out and quoting SNL skits for years so I think that would definitely be in my future!)


Do you write all your songs?
EF: This demo was my first time writing. I have been writing song ideas for years but this was my first time working with a producer/songwriter and really developing my ideas into actual songs. So I ended up writing Femme Fatale, Whipped, Liquid, and That Naïve with my producer Peter Stengaard. “Too Lost In You” was a remake of Diane Warren’s song originally recorded by the Sugababes so I did not write that one but I absolutely love writing and cannot wait to get back in the studio and bring some of my new ideas to life!

EDIT: If you want to help Erika get onto talk shows, on music websites, and just get her name out there in general, then please sign these The Official Erika Fatale Petition,
Twitter Petition
Posted by Lilly at 9:04 PM