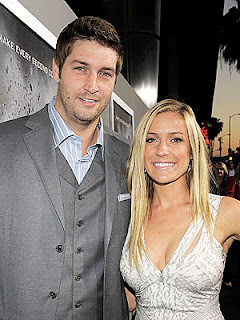 KRISTIN CAVALLARI CALLED OFF HER ENGAGEMENT TO CHICAGO BEARS' JAY CUTLER! The couple got engaged this past April, but Kristin was spotted recently without her ring and has said she called off the engagement.

UPDATE: It was Cutler who called off the engagement, and he had this to say about it “Thank you all for the support, but if you talk bad about Kristin I will delete and block you. It's unnecessary and heartless. Also, don’t say now I can play football, I could play football when I had her compared to when I don’t. Football is the least of my worries, so have some respect.”
Posted by Lilly at 2:41 PM