Annie and I have been friends for about 6 years now and I am very excited she let me rack her brain for this interview :P. You can find her on MySpace, Facebook, and Twitter! 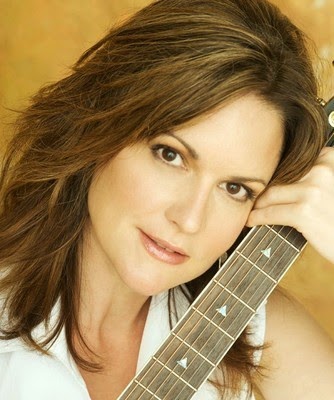 1. How did you get started in the music industry? Have you been singing since you were a kid?

As a child I would sing around the house and often put on shows with the neighbourhood kids. I loved singing and performing and always saw myself performing in musicals. At the age of 12 my life took a new direction when I was accepted into the world renowned National Ballet School in Toronto and didn’t think about it again until after I gave birth to my son.

I always wanted to learn how to sing and decided to take a few lessons in 2004 and proceeded to work at it on my own after that. When I recorded my first album, I was really learning how to write and sing. Without any training or experience the songs just came to me and I recorded them as they came to mind. My husband Jeff was a singer and musician before we met and provided me with a lot of support especially during my first live shows where I barely knew what I was doing. When I look back at all that I accomplished in such a short period of time, I see myself as being either really crazy or very “gutsy”. All I knew at the time is that I loved singing and I just had to do it no matter how difficult it was.

I have a few. Off my first album my favourite song was Alive although I have other favourites for different reasons. Off my second album I really like “Something’s Gotta Give”

3. What can we expect to see/hear from you in the next year?

At the moment I’m taking some time away but I’m hoping to begin recording again sometime next year. Although I pursued the Country genre this past album on the advice of my last producer, I have discovered that it is not the genre of my choice. I prefer to write a more abstract lyric with a more “laid back” vibe. You can expect to hear more of the same genre as my first album with perhaps a more “organic” feel in the instrumentation's.

4. What do you like to do in your spare time?

I love to workout in my spare time as well as travel, going for walks in nature and getting together with friends and family. I also love trying new foods but that gets a bit expensive at times!