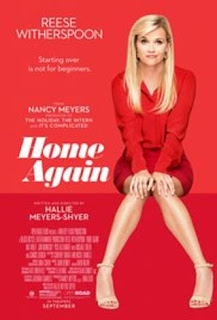 I have been a Reese Witherspoon since the 90s, but this is yet another poor movie in her career. The only good part about this movie was that it had a happy ending, the rest was mediocre. She has been in kind of a funk since "Water for Elephants", but she still remains one of my favorite actresses. The movie itself is about a mother of two turning 40, and coming back to her childhood home; if that already wasn't enough to deal with, she also has an ex and meets some total strangers that end up living in her house. I believe they had good intentions with this movie, but just couldn't deliver. Spoiler Alert: Candice Bergen plays her mother (she played her fiance's mother in "Sweet Home Alabama"). It was pretty much a bunch of people we haven't heard of in a movie with Reese Witherspoon