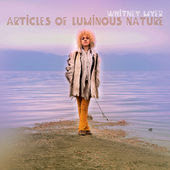 You probably recognize her from being on "The Voice" (Season 2), but I also did an interview with her awhile back.

1. Wake and Watch - has a great vibe, and is a nice opener for the album.

2. Orange Sky - I have had this song on my IPod since way before I got the album, and I listen to it about as often as her cover of "No One"

3. Drowned In Love - It's a good song, and has a haunting kind of vibe, but not my favorite on the album

4. Crazy Making - another song I had on my IPod efore I had the album, but don't like it as well

5. Locura - the single and music video from the album, and it's very catchy. Safe to say that it's my fave song of hers (of the original songs anyway)
Posted by Lilly at 4:00 PM