Carmen goes from DJ To Lawyer in new drama 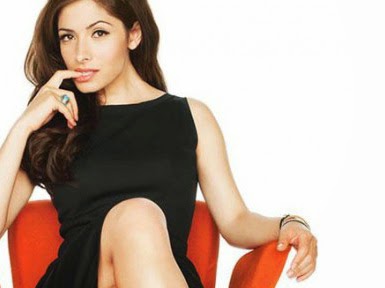 I've been waiting for Sarah Shahi to get her own show since I first saw her on "The L Word". Well, it turns out that I got my wish! Sarah stars in the new USA Network drama, "Fairly Legal". She plays Kate Reed, a top lawyer who decides to become a mediator instead. The supporting cast includes Michael Trucco, Baron Vaughn, and Virginia Williams, with recurring appearances by Richard Dean Anderson (you may know him from a little show called "MacGyver"). I am really looking forward to this show and I hope it becomes as successful as other USA shows. "Fairly Legal" is set to premiere on Thursday, January 20th at 10pm (check your local listings). Here is a promo to tide you over until then:
Posted by Lilly at 3:52 PM