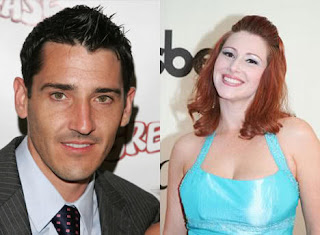 Jonathan Knight, the oldest member of New Kids On The Block, made his official "coming out" statement on the group's official website :

“To all my fans who have expressed concern: I have never been outed by anyone but myself. I did so almost twenty years ago. I never knew that I would have to do it all over again publicly just because I reunited with NKOTB! I have lived my life very openly and have never hidden the fact that I am gay. Apparently the prerequisite to being a gay public figure is to appear on the cover of a magazine with the caption, ‘I am gay’.

I apologize for not doing so if this is what was expected! My belief is that you live your life by example, and not by a caption on a magazine! If there ever has been any confusion about my sexuality, then you are someone that doesn’t even know me.
I love living my life being open and honest, but at this time I choose not to discuss my private life any further! My fellow band members don’t discuss their private lives with their loved ones and I don’t feel that just because I am gay, I should have to discuss mine!”

(Thanks to Nina C for the heads up and to homorazzi for the photo)
Posted by Lilly at 1:49 PM