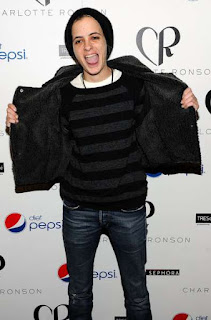 Now some of you may know that musically, my idols are Taryn Manning and Samantha Ronson. I wanted to be a DJ just like them someday. Unfortunately, if you go over to TMZ.com, Sam is more famous for dating Lindsay Lohan than having a career of her own. Anyway, she was arrested early this morning/late last night for a DUI. She took the field sobriety test, but didn't perform very well. When she refused to take a breathalyzer; she was arrested on the spot. Many sources have been told that she took one at the station later, and was over the legal limit. She was pulled over for speeding on her way home from a DJ gig.

Thank you TMZ and Gossipcop for the information :)
Posted by Lilly at 8:08 PM